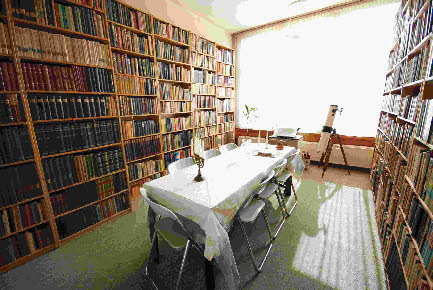 Work and aim of the Jitzak Luria Academie

Aim of the academy is to explain the Hebrew nature of the word of G'd, in order to see and read in a more precise and correct way what is written and what could be meant. Much of the biblical symbolism can be interpreted univocally and objectively. Understanding the symbolism, a much more extensive reality than the only literally taken stories becomes visible. Then it is also clear for example, that the "Story of the Creation" has nothing to do with the traditional exegesis of Genesis 1, which hinders many today to occupy themselves with faith and religion.

The Jitzak Luria Academie is not attached to some grouping or religious community. Thora explanations however are based on the Jewish teachings, thus on the indivisible unity of g'd.

Registered in Kamer van Koophandel (Chamber of Commerce) Rotterdam since 1975, no 41126900

join us on facebook with Danny Kraaijenoord and Koos Haasnoot